MMC Live is an annual concert held by GMA to entertain patrons. MMC is a three-package event which brings Musicians, Magicians and Comedians together to entertain the masses, hence the name MMC – Music Magic and Comedy.

MMC Live looks to give patrons a long night of relief off their busy schedules to be entertained with good music from some of the finest artistes, magicians and comedians.

We developed a website for the event which was used to announce the lead performing acts, promote sales of tickets and also give live updates of the event from the official social media account.

We also run a campaign on social media to find a talent who will eventually get the chance to perform or at least win a free ticket for the event. This helped to drive the buzz on social media and other traditional media.

Artiste engagement was also one of the pillars on which we pushed the event to engage live audience on social media (especially Facebook). We also gave fans to engage with artistes through live chat on twitter to ask question and have fun with them.

We drove engagement on university campuses with campus ambassadors.

Social advertising and takeovers were also utilised to publicise the whole event and drive attention to it through social media ads, banner ads placed on prominent websites across the country and other traditional media.

There was a massive turn up of patrons from all across the country and beyond to be entertained by some of the industry’s finest artistes, comedians and magicians, making MMC one of the most talked about event every time it is held. 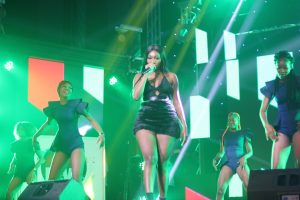 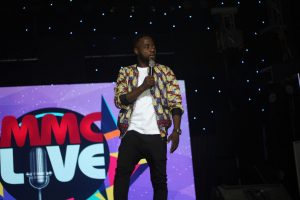 Intro Kazma Mall is a marketplace for tailor-made and handcrafted goods, designed with care, rooted in rich culture,